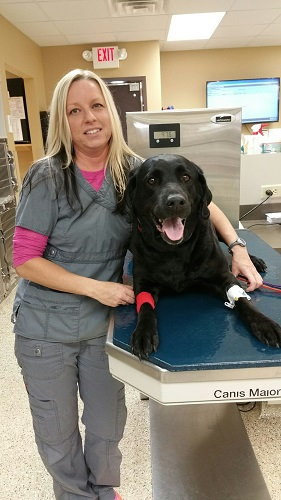 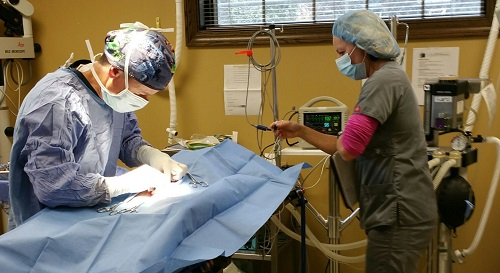 Pepper is a 9 year old Lab. She began vomiting and not eating so her owners took her to her regular veterinarian.They prescribed antibiotics but over the next couple days Pepper became lethargic. Her symptoms continued to progress. She vomited several more times, continued to not want to eat, and her lethargy became worse. After x-rays and blood work she was diagnosed with a pyometra.

A pyometra is an infection in the uterus. It occurs in about 24% of intact (not spayed) dogs. Pyometra most commonly happens over the age of 7 and 2-3 weeks after a heat cycle. The typical signs of a pyometra are; not eating, vomiting, lethargy, and a white or green discharge from the vulva. Pyometras can progress rapidly and without treatment are fatal. A pyometra is treated by spaying the dog. This is more expensive than the typical spay due to the difficulty of removing such a large infected uterus and the critical nature of the patient. Pyometras can occur in cats as well and are easily prevented by spaying your pet at an early age. 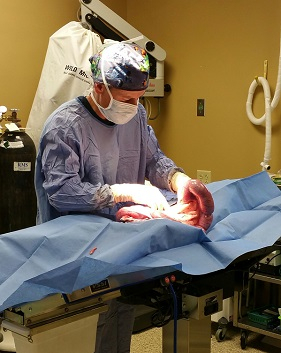 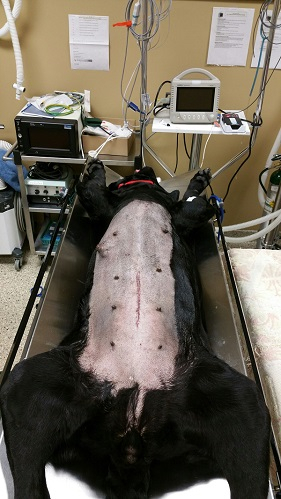 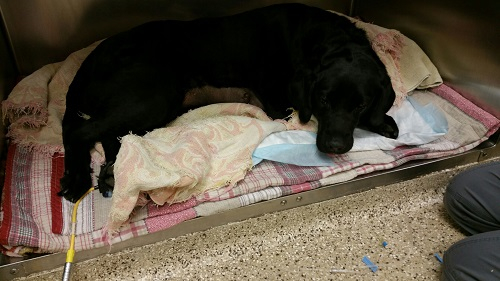 Pepper did well during surgery and made a full recovery.

Check out Bandit's story or find more stories on our Facebook page!